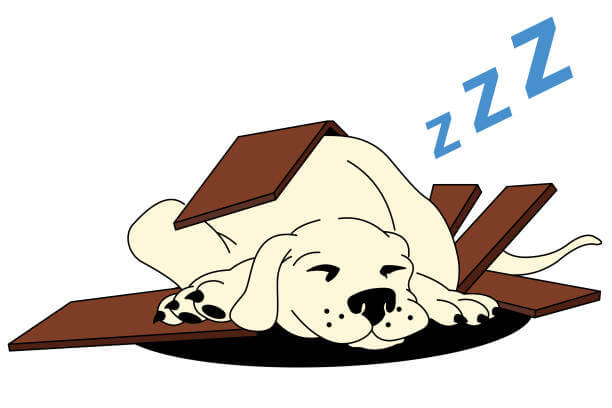 If you are a French bulldog owner, you must be aware of your dog making some weird sounds while sleeping. This blog is all about trying to understand why they snore when snoring becomes an issue and what remedies can alleviate this snoring problem.

Do you know why bulldogs snore?

Being a brachycephalic breed, bulldogs have unique characteristics and features. Their flat and smashed face with narrow nostrils obstructs airways making it difficult for air to flow smoothly causing snoring.

Do all French bulldogs snore

Yes, all these short-muzzled bulldogs with flattened faces and snub noses snore. It is all natural for the Frenchie to snore and snort loud. It is their identity trait.

It is normal for a French bulldog to be snoring while awake. It may be because of genetics or that he has run extra miles or done excessive exercise.

If a bulldog has undergone any nasal surgery in the past that widens its nostrils then it will be exempted from snoring and snorting. Some bulldog owners may find it extremely difficult to live with their French bulldog’s loud snoring sounds, so they may go for their bulldog surgery. Also if the owner finds out that it is hard for their bulldog to breathe and he is making noisy breathing sounds, they must opt for his surgery.

Is snoring bad for a French bulldog’s health?

It is quite common for French bulldogs to make sounds while sleeping as they are massive snorers. It is all-natural for a brachycephalic breed to snore as long as they are healthy.

But if a French bulldog snores all the time or suddenly starts snoring a lot, this situation is alarming and needs to be addressed. There could be an underlying health problem causing him to snore.

If you are wondering why is my French bulldog snoring? Being a French bulldog owner you have to keep in mind that all these adorable Frenchie have this snoring habit.

Snoring is problematic when it affects the health of your bulldog or when you have to compromise on your sleep because of the loud snoring sounds of your bulldog. The root cause of French bulldog snoring is their short snouts.

The flat-faced bulldog with narrow nostrils restricts the air passage making it hard to breathe for a bulldog.

If there are some dust particles stuck in his nose, some allergy blocks the nostrils, any medication not suiting him, or an uncomfortable sleeping position and place. This all makes it hard for a bulldog to breathe normally and you will see him struggling hard for breathing and snoring consistently loud.

If you are looking for ways how to stop bulldog from snoring, here are some tips for reducing snoring:

Remember snoring is a natural part of Frenchie’s life and it cannot be entirely stopped due to their biological anatomy. However, with certain lifestyle adjustments and remedies, this snoring problem can be overcome. These tips will help to reduce the loudness and frequency of your bulldog’s snoring.

French bulldogs are prone to obesity and with time they do become overweight. So try to give your dog a balanced and healthy diet. They are heavy snorers being a flat-faced breed and also have compressed airways which may lead to respiratory difficulties. If they get overweight it might be an additional complication as they already have breathing issues. So try to keep your dog’s weight under control through exercise

Snoring also depends on the bulldog’s sleeping position. If they are sleeping curled up sideways, their airways are more relaxed than a bulldog sleeping on his back. The tongue blocks the pipe opening causing air obstruction and loud snoring noises.

Always maintain a clean bed and encourage your bulldog to sleep on his dog pillow with his head and neck high and straight. It will help them in stopping the snoring as the windpipe is wide open making the airflow without obstruction. Do daily cleaning as this breed is vulnerable.

Try to have a separate room for your Frenchie, probably having a window so he can get fresh and cool air to breathe in. You can also place a humidifier to have proper moisture content in the air. It helps to lessen the snoring.

The French bulldog is prone to snoring more than any other breed. It may aggravate as a result of an allergic reaction. The allergens may cause inflammation and swell in their respiratory system which leads to increased snoring. Dust, smoke, pollen, scented candles, irritants, certain food items, and ingredients may make snoring worse.

If your bulldog suddenly begins snoring loudly and making strange noises, there is a probability that something has been lodged in its throat. Because of the constriction of breathing passageways and occlusion of airways, it will cause snoring.

Getting a bulldog nasal surgery also reduces snoring. It enlarges the nostrils and makes it easier for him to breathe.

So if you are considering having a French bulldog in your home, they are great company but you have to take extra measures for this loving and loud breed.